Hi everyone. Welcome to the final article in my series of reviews of the cards in the upcoming Guilds of Ravnica expansion. Today we’ll be taking a look at all of the Artifact and Land cards. In this article, I will discuss these cards as they relate to Standard play. My system uses number ratings ranging from 0 – 5 to gauge how well I think the cards will perform Standard play. I will offer some pros and cons for these cards and give my thoughts and rating on the card for Standard play. Please keep in mind that these ratings are based on my opinion only and may differ from your opinion. (If you have a different opinion, please sound off in the Comments section below and let me know your thoughts.) 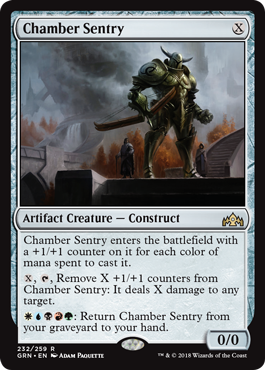 Overall Thoughts:  I was not a fan of converge when it was in Standard.  It required too much work and gave very little reward.  Much like this card.  It’s too difficult for this to get more than a couple of +1/+1 counters on it, making it very weak.  And it’s too difficult to return it to your hand from the graveyard.  Don’t look for this card anywhere near Standard. 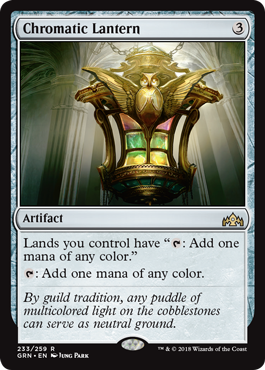 Overall Thoughts:  This is a much better option to spend your 3 mana on over any of the locket cycle.  You may not be able to draw a card with this, but it fixes your mana so that you are able to cast spells of any color.  Plus it even adds an extra mana for you. 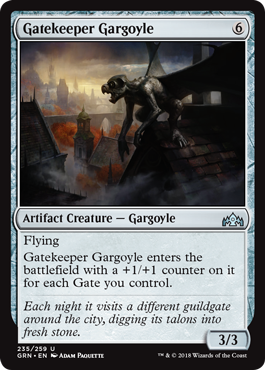 Overall Thoughts:  Here’s another card that requires a lot of work for very little payoff.  You’re better off not playing this card.

Glaive of the Guildpact 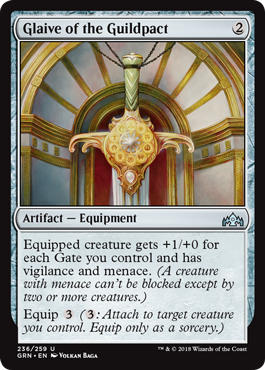 Overall Thoughts:  And the love for guildgates continues.  I suppose this is playable even if you have no gates in your deck, as it grants both vigilance and menace.  But I’m not going to play it in Standard, and neither should you. 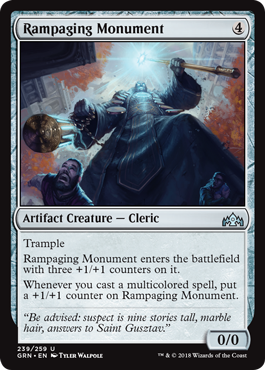 Overall Thoughts:  With this card you immediately get a 3/3 with trample for 4 mana.  Plus every multicolored spell you cast makes this creature bigger, even if that spell is countered.  While I don’t expect to see this all over Standard, I could see this in some fringe decks alongside Sai, Master Thopterist. 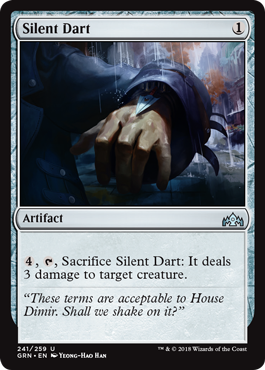 Overall Thoughts:  Here’s another card that would go great in a fringe deck featuring Sai, Master Thopterist.  While it may not be the most efficient form of removal, it is usable in all colors and could see a little play. 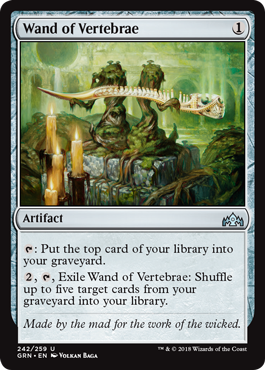 Overall Thoughts:  While this could go in the aforementioned Sai, Master Thopterist deck, the fact that it really serves no purpose there limits its playability.  This card does things that most decks don’t want to do, so don’t look for it to be played in Standard. 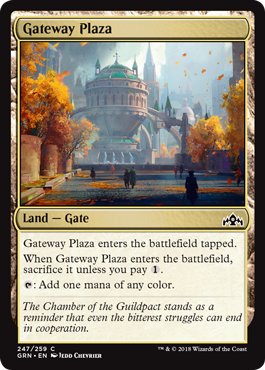 Overall Thoughts:  This is a great land for Limited play, but it really slows you down the turn you play it.  That’s not good in Standard, so I don’t think this will see play. 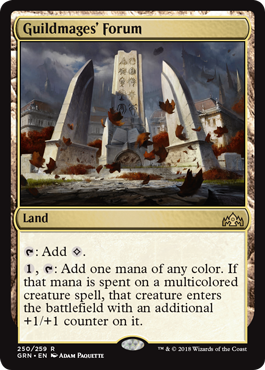 Overall Thoughts:  Most decks won’t be able to play more than 1-2 copies of this land, but the fact that it makes any multicolored creature, which we have quite a few of, better when you cast them makes this a land worth squeezing in.  I expect this to be played in decks that feature a high creature count and are in two or more colors.

Thank you for joining me today for my thoughts on the cards in Guilds of Ravnica.  I’d love to know your thoughts.  Let me know by leaving a comment below, or contact me on Twitter (@mikelikesmtg), or email me directly at mikelikesmtg@gmail.com.  And be sure to join me next time I take a look at innovation in Standard in my regular column, Raise Your Standards.  I’ll see you then!